Why is it important for pharmacy to invest in digital technology? 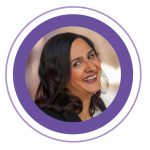 Future Direction of NHS Travel
The future of the NHS is digital; this has been made apparent by both the Health Secretary, Matt Hancock and the NHS in their long term plan, which predicts that in 10 years’ time, the existing model of care will be markedly different and based on a ‘digital first’ approach. This approach will allow for longer and more productive face to face consultations with clinicians across the NHS, for patients, when they require it.

Patient Centred Digital Care
In order to facilitate ‘digital first’, the emphasis is on integration and interoperability across primary and secondary care with the patient at the heart of their own care and in charge of their own health record. If community pharmacy wants to ensure its place as part of this integration, then we need to start changing our manual processes and become more digitally enabled. Digital pharmacy is set to become the norm with 73% of all 55-64 year olds and 40% of over 65s (the biggest users of community pharmacy) having access to in the internet via a smartphone (1).

Digital Developments
• We are already seeing the impact from early digital disruptors on prescription volumes and OTC sales through the provision of click and collect/deliver services.
• Recently, some of the larger multiples have started to invest in their own mobile apps to help support their patients in being able to manage their medications as well as book appointments and speak to the pharmacy directly.
• With the introduction of digital referrals and the ability to book appointments within the pharmacy will become commonplace.
• There is already electronic access to the patient’s Summary Care Record and this is setting the scene for nationwide Local Integrated Health and Care Records (LHCR) that will be accessible to practitioners and allied healthcare professionals across Primary Care as well as the patients themselves.
• People are already increasingly being encouraged to stay and manage symptoms at home with wearable devices allowing remote tracking and monitoring of patients and video consultations with GPs and even pharmacists available.
• Some GP Surgeries are informing patients about apps to book appointments and/or order repeat medication. They are providing lists of local pharmacies that offer similar digital technology to manage prescriptions when asked by patients. Not having this technology will start to become a disadvantage.

How Can Community Pharmacy Get Involved?
For the Independent Community Pharmacy sector to remain competitive and to be best positioned for the future integration of the NHS, investing in some of the emerging digital technologies will be a prerequisite. There are a number of digital products and services available in the market and it has become apparent from feedback from NPA members that they are unclear about who to invest in to help drive efficiency and operational performance.

The NPA wishes to help support its members in this regard by securing access to preferred suppliers under competitive terms. We already have technology partners within our business partner programme and in doing so, we eliminate some of the stress of vetting suppliers and agreeing favourable terms for our members.

Patient App
A smartphone app that allows Independent Community Pharmacies the ability to better manage their patients and act as a ‘hub’ is a must. It sets the foundation for a digitally enabled future by providing a platform to communicate with patients and manage workload/operations effectively with access to a scheduling calendar and the ability to notify patients when their medication is ready for collection/delivery. There is also the option to promote adherence through digital means allowing some remote monitoring of patients.

Integration of these apps with PMRs and GP smartphone apps going forward will be essential. The NPA will be working closely with their business partners to enable this integration so that members can make the best use of their patient database and patient records in the provision of all services.

Hub and spoke was, and still is, a dangerous idea

It is a year since the NPA published the report of its hub and spoke task group – An Evidence Based Policy Review. The report concluded that hub and spoke between different companies is fraught with difficulties for independents and presents dangers for the sector when set in the context of the government’s current cost-focused (rather than value-focused) policy approach

‘Hub and spoke’ is a phrase that covers a range of models – not all of them unworkable or undesirable. But in the current climate, the models most likely to gain momentum, if they are permitted to start rolling, are completely at odds with the interests of independents and ultimately our patients.

Elements in Government, especially the money men at the Treasury, want a hollowed out local pharmacy service, and hub and spoke fits into their plans nicely.  It is a necessary element of large scale automated dispensing and distance supply, which would be at the expense of locally based provision.  A race to the bottom which ultimately impacts on patient care. The Government consultation said one thing while doing another – allowing collection from surgeries, hospitals and other locations – bypassing the ‘spoke’ altogether.

Therefore hub and spoke was, at the time of our report, and still is, a dangerous idea – particularly when propagated by those with only a part of the overall picture.

On the whole, NPA members are highly sceptical about hub and spoke. Yes, pharmacies must always look to become more efficient and to create headroom for services, but grand infrastructure schemes like hub and spoke are not the way – massive infrastructure costs and unproven benefits. The reality is that pharmacies could ultimately be fatally undermined by a dangerous experiment.  Whatever happens, we can’t risk the established, trusted service model of community pharmacy – namely convenient, face-to-face care from health care professionals, locally responsive and community based.

What’s more, hub and spoke would lead to even more market power for the major wholesalers at the expense of regional wholesalers and independent pharmacy contractors. With DTP schemes so firmly embedded, hub and spoke will only really work for vertically integrated companies. So, it’s not only about centralising the supply of medicines, it’s also about centralising market power. Hub and spoke arrangements could only ever deliver efficiencies to pharmacies if they include the majority of medicines – and this would drive purchasing from the big three wholesalers, further weakening the buying power of independent pharmacies. The Government really didn’t understand the model it was promoting, which if it had been allowed to proceed could ultimately have increased, rather than reduced, costs to the tax payer.

Partly in response to our report last year, the Department of Health shelved plans for legislative changes that would extend hub and spoke to independents without their own distribution infrastructure.  Note: the plans are on the shelf, not in the bin, so we should all remain vigilant.

Members can read the full report of our 2016 hub and spoke task group here.