However, speaking at an NPA reception in Belfast, she warned that “pharmacy cannot be the answer to every question” and urged her audience to focus on what they do best and make the most of their medicines expertise.

In this first public speech by Northern Ireland’s CPO since her permanent appointment last week, she envisaged a positive future for community pharmacy.

In an upbeat message, he said “2020 heralds not only a new year but also a new decade, a new approach”. Community pharmacy is “intent on making significant in-roads into the public health, medicines optimisation and transformation agendas”.

He also emphasised the value of the clinical assessment role of community pharmacists in the dispensing process.

Hosting the event, NPA Chair Andrew Lane praised both guest speakers for maintaining a constructive dialogue with each other through trying times, noting pressures on workforce and finances. Co-host Michael Guerin, the NPA’s Treasurer, said he now looked forward to progress in relation to the long-stalled community pharmacy contract in Northern Ireland.

The reception took place at the Titanic Hotel, near the docks at Belfast, on Monday evening (13 January). 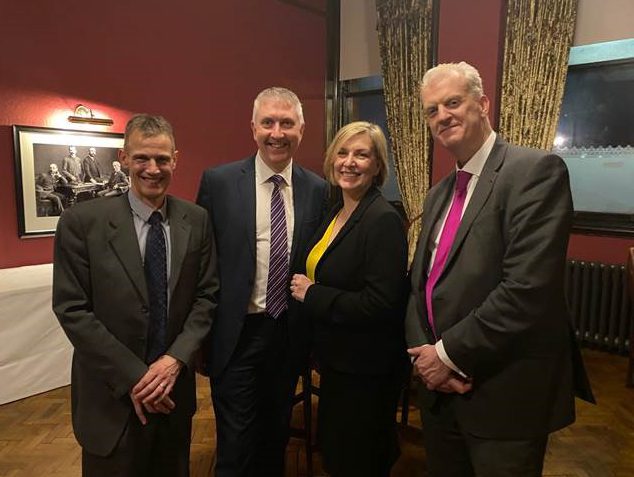