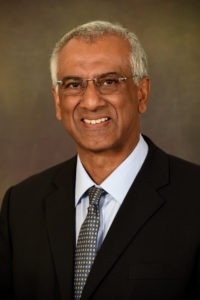 Hiten Patel represents NPA Members in North West London area. Hiten is a pharmacist of a substantial number of years of experience in community pharmacy. He has been a director of a pharmacy in West Ealing for over 36 years, is Chairman of Ealing, Hammersmith and Hounslow LPC and Chairman of the Middlesex group of LPCs (representing over 550 contractors). He was also a founding Board member of Pharmacy Voice. Hiten believes in closer co-operation and integrated working practices across all health sectors and professionals, and welcomes the envisaged closer collaborative working in the newly formed PCNs.Hiten is a member of the Medicines Management working group at Ealing CCG. Hiten is also the managing director of Pharmaplus – a pharmacy support group with over 200 members located primarily in London and the South East.

He is also a Trustee Chair of a local charity, The Lido Centre.