The last 100 years of community pharmacy

As we celebrate the NPA's centenary we look back at all the key moments over the last 100 years. 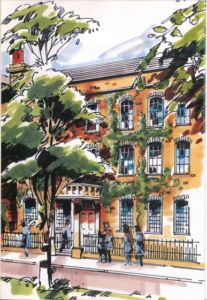 1921: The Retail Pharmacists Union is formed (later to become the National Pharmacy Association). This was after the Jenkins case proved that The Pharmaceutical Society could not act as a trade union and regulate hours, wages, prices or conditions of employment. George A. Mallinson was appointed as the RPU’s first Secretary (giving his name to the NPA’s current headquarters, Mallinson House, a listed building in St Albans, Hertfordshire).

1928: Penicillin, the world’s first antibiotic substance, was first discovered by Sir Alexander Fleming. His findings were to change medicine forever, however, it would be years before Fleming’s findings would be put into practical, widespread use.

1929: The Retail Pharmacists’ Union launched the inaugural Pharmacy Week, aiming to enhance understanding of the role of the pharmacist and their qualifications. It was reported that 4316 members took part in the scheme.

1933: Legislation lists poisons that can only be sold in accordance with a prescription given by a doctor, dentist or veterinary surgeon.

1939: Outbreak of World War Il. Some NPU departments move to Buckinghamshire, others remain in London throughout the duration of war.

1948: Formation of the National Health Service. People can get free prescriptions so there is much more dispensing in pharmacies; dispensing fees are now a major source of income.

1955: The Pharmaceutical Society set up a committee to examine the general practice of pharmacy, with particular reference to professional standards.

1958: The Aitken Report sees pharmacists responsible for the safe and secure handling of medicines within a whole hospital, not just the pharmacy department.

1963: In the aftermath of the thalidomide disaster, the Yellow Card scheme is introduced to report adverse drug reactions.

1966: After 40 years at Tavistock Square, the NPU moved to new headquarters at Southgate, London.

1968: New medicines have to be approved and licensed before being allowed on to the market. 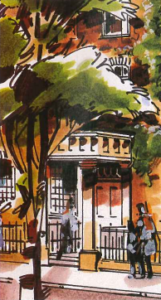 1980:  PSNC was formed as an independent body to support the interests of all NHS community pharmacies in England.

1984: Regulations restrict the opening of new pharmacies. They now have to prove that their NHS service is ‘necessary or desirable’.

1985: The number of medicines prescribable on the NHS is reduced, creating demand for over-the-counter drugs.

1986: Nuffield Report was published to consider the present and future structure of the practice of pharmacy in its several branches and its potential contribution to health care and to review the education and training of pharmacists accordingly’. Twenty-six of its 96 recommendations related to community pharmacy. It concluded that ‘the pharmacy profession has a distinctive and indispensable contribution to make to healthcare that is capable of still further development’.

1988: The title “Royal” is granted to The Pharmaceutical Society.

1991: Nicotine gum is the first form of nicotine replacement therapy made available from pharmacies.

1995: The NPA joins forces with other industry organisations to launch the profession’s first ever ‘Pharmacy Week’ national awareness campaign.

1999: The Yellow Card Scheme is extended to community pharmacists. The All-Party Pharmacy Group was formed to raise awareness of the profession of pharmacy, and to promote pharmacists’ current and potential contribution to the health of the nation.

2005: A new community pharmacy contract in England and Wales rewards provision of high-quality NHS services as well as dispensing volume. The electronic prescription service is launched in England.

2006: Pharmacists can prescribe independently of a doctor.

2016: An overhaul of community pharmacy funding in England is announced by the government.

2020: The coronavirus pandemic sees pharmacies on the frontline of efforts to protect the population from illness. The health secretary Matt Hancock addresses NPA members during its annual conference.

2021: The NPA marks 100 years representing its members. Interest in community in government, the media and public is higher than it has ever been.