Allergy UK Allergy Awareness Week 2017 is taking place from 24th – 30th April. This week can be used to raise awareness for all allergic conditions including food, respiratory, skin and children’s allergies. You may wish to use the week to draw attention to the support available in your pharmacy. Since we are approaching ‘hay fever season’, why not use our Hay Fever FAQs on your social media platforms? You can also raise awareness by downloading our Hay Fever poster to use online and in your pharmacy window.

How Pharmacists Can Help:

At this time of year it is also important to be ready to help customers with their hay fever symptoms. Pharmacies should look to effectively promote this message in order to increase footfall into the pharmacy.

What is hay fever?
Hay fever is an allergic reaction to pollen. It is also known as ‘seasonal allergic rhinitis’ because it affects the linings of the eyes, nose and throat at times of the year when specific pollens are in the air.

What are the symptoms of hay fever?
Common symptoms are a runny or blocked nose, itchy nose or throat, frequent sneezing, and itchy, red or watery eyes.  If your hay fever is particularly bad, it can have a significant effect on your quality of life – reducing your ability to concentrate and you may be unable to sleep.

How many people are affected by hay fever?
Hay fever is one of the most common allergic conditions. It is estimated that there are more than 10 million people with hay fever in England. Hay fever usually begins in childhood or during the teenage years, but you can get it at any age. Hay fever is more likely if there is a family history of allergies, particularly asthma or eczema.

What causes symptoms?
Pollen from trees, grasses and some weeds such as nettles cause inflammation and irritation in people whose immune systems react badly to these pollens.

Do hay fever symptoms get worse at certain times of the year? 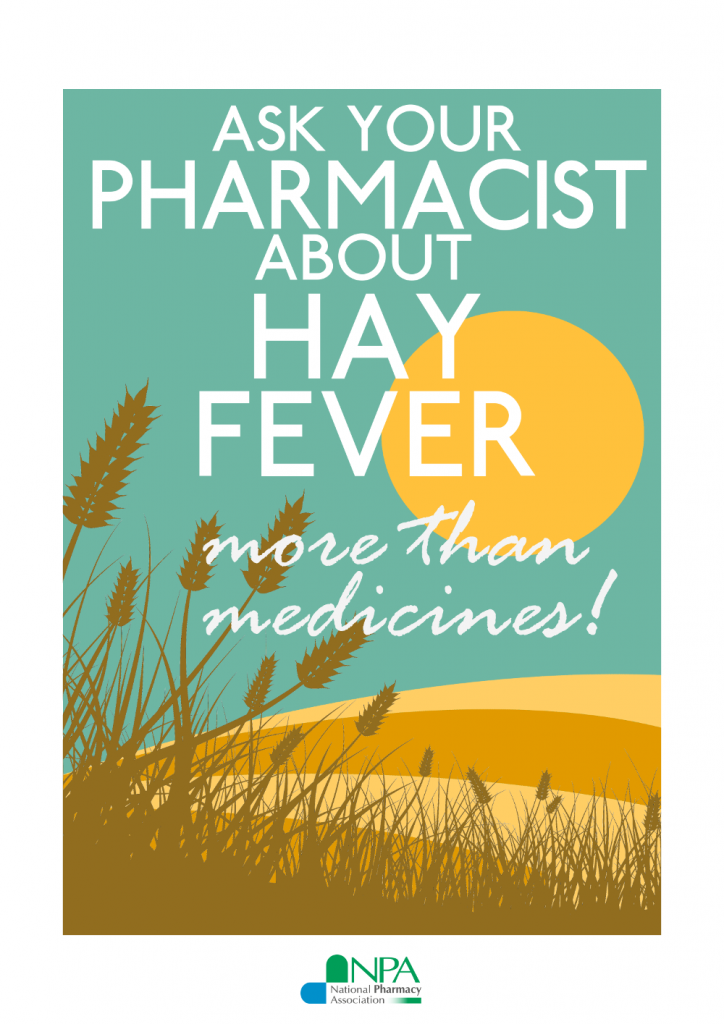