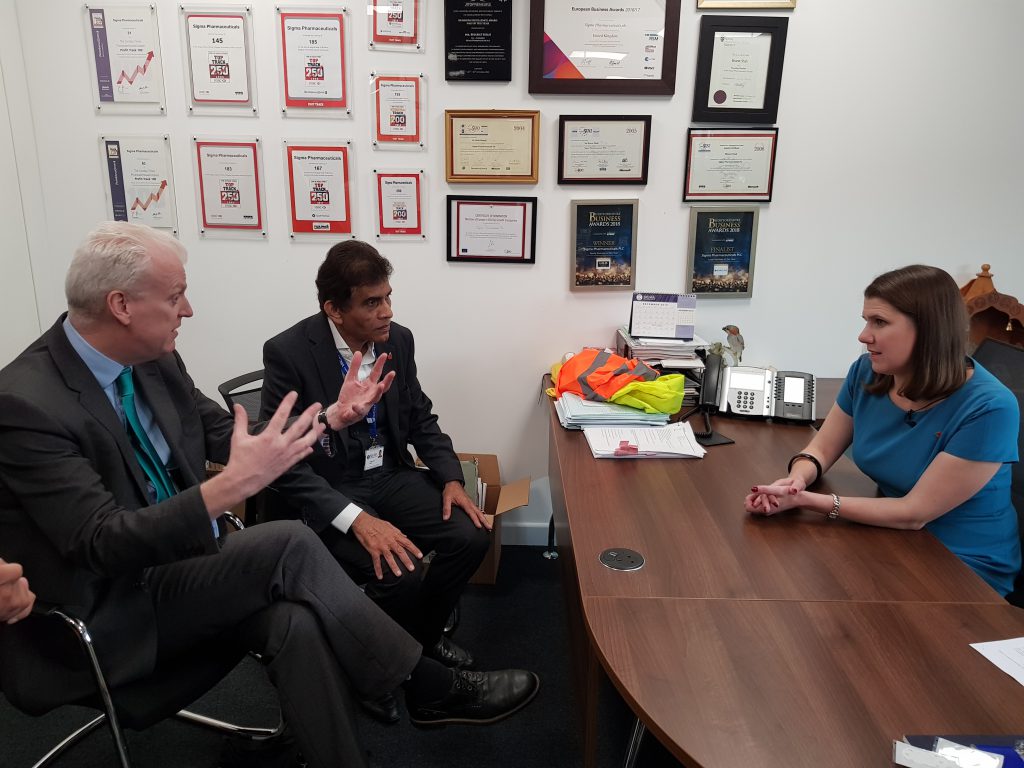 During a tour of Sigma Pharmaceuticals’ HQ in Watford, the Lib Dem leader heard how community pharmacies are a mainstay of primary care and could do even more to improve patient access and wellbeing given further investment.

As at the 2017 election, national pharmacy bodies will be working together to lobby political parties and help support community pharmacies engage with parliamentary candidates.  That approach achieved commitments in the manifestos of all three of the main UK-wide parties to support the sector.

“We’re already off to a good start after having met with the leader of the Liberal Democrats during the first day of the election campaign. It’s important that we work together to get across to politicians the simple and consistent message that pharmacies can be an answer to the NHS access crisis – given the right framework of policy, regulation and investment.  Jo Swinson listened carefully to what I had to say and we will take the same message to the other political parties across the UK.”

Watch out for pharmacy’s election hub, jointly created by national pharmacy bodies, coming soon.  It will contain resources that pharmacists can use to engage politicians locally during the campaign.