As the widower of the inspirational Dr Kate Granger MBE, Chris Pointon has played a key role in establishing the #hellomynameis campaign. Now he’s taking the message for better personal interactions beyond hospitals. 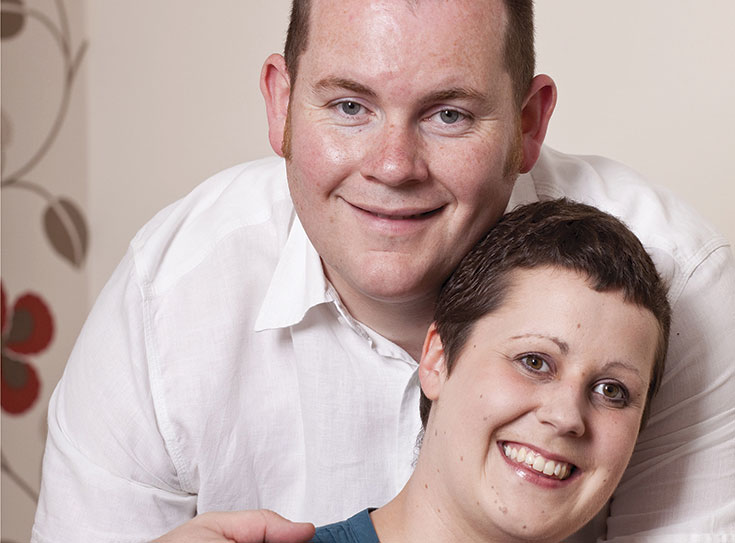 That first introduction between patient and pharmacist is a crucial start to a therapeutic relationship,” Chris Pointon says. “It’s about two people interacting, irrespective of what positions they may hold in society or life. Sometimes people may feel there is a power imbalance when a doctor or a pharmacist talks to a patient, but by having that simple dialogue and a proper introduction from the very beginning, it starts the relationship on an equal footing.”

Chris knows the value of this personal approach more than most. As the co-founder of the #hellomynameis campaign with his late wife Dr Kate Granger, he has seen the effect it has had on healthcare relationships and the enthusiasm with which it has been adopted, not just in UK hospitals but in healthcare and other settings around the world. Indeed, the campaign’s level of success mirrors only the difficulty of the circumstances that led to its genesis.

“I met Kate in 2001 when she was studying to be a doctor in Edinburgh, and we were married in 2005. Like me, Kate was from Huddersfield, so she returned to Yorkshire in 2005 to start working as a junior doctor. Her specialism was looking after older people and her desire was to become a consultant in that field. In fact, she still became a consultant in her own right despite being diagnosed with a terminal illness at the age of 29.”

That illness made itself apparent during a holiday to America in 2011. Kate became unwell and it was discovered that she had a rare form of sarcoma. Usually the prognosis for her cancer is around six to 12 months to live, however Kate survived for a further five years. During this time she continued her career in between treatment, wrote two books about her experiences, and together Kate and Chris raised £250,000 for charity. A lasting legacy came from the fact she could look at all her hospital interactions as both a patient and a doctor. She found one particular element lacking.

“Kate was in hospital in 2013 and there was a distinct shortage of introductions taking place on one particular day,” Chris says. “There are quite a lot of people who are happy to moan about things, but aren’t prepared to make a difference. At that point Kate had about 27,000 followers on Twitter, so I said to Kate, look darling you need to stop whinging about this and we need to do something.

“We started the #hellomynameis campaign on 30 August 2013, simply with a social media campaign, but it took off in a huge way. We were getting messages from across the world, from both patients and healthcare staff, who were saying that introductions weren’t happening and how much better everything is when you do get an introduction. Before we knew it, we had a global movement on our hands. “As the movement grew, Kate was invited to speak at events across the world. She talked to various NHS trusts. She talked to universities. She spread the four core values of our campaign, which are: communication; understanding that little things really do matter; putting the patient at the heart of all decisions; and seeing everybody as a person first and foremost, not as a bed number or illness.”

Kate was awarded an MBE in the 2015 New Year Honours list for services to the NHS and improving care. However, with her own illness worsening, in 2016 Chris and Kate made the decision to go into palliative care. Kate passed away on the 23 July 2016 – the couple’s 11th wedding anniversary. Since Kate’s death, Chris has continued to promote #hellomynameis with a global tour and extension beyond just hospitals. “I think pharmacists can play a vital role in the campaign,” Chris says.

“There are many people who say to themselves, ‘I’m just a nurse’ or ‘I’m just a pharmacist’ and they underplay the role they have. But it’s vital to have a bond of trust between the ill person and person who is delivering the medication that goes alongside treatment or surgery. “Our local pharmacy treated Kate wonderfully, and not just because Kate was well known in healthcare circles. It was because the people who work there are genuinely interested and care for the people that they are serving in that community.

“Every interaction within healthcare, irrespective of whether it’s in the community, in a hospital, in a hospice, wherever it may be, you’re always going to find people who feel a bit vulnerable because they’re unwell. Pharmacists are the healthcare professionals who some people will see the most. So it’s vital to have that compassion, and understand the human side to improve interactions with those people.”

It’s not just the customers or patients who benefit; #hellomynameis has the potential to make everyone’s day just a little brighter. “We should all be going to work to enjoy what we’re doing and to have that involvement with people, especially if we’re in a people-facing environment. We should want to show that compassion and we should want to build those relationships, especially in the community,” Chris says. “A lot of local pharmacists will see the same people week in, week out, because people who are on medication for long periods will use the same pharmacy. It’s always good to know something about your customers, and that knowledge starts with their name. “#hellomynameis is all about common courtesy between two human beings, that’s the key part of it, and it doesn’t have to cost any more or take any more time to do. The big thing that we ask of pharmacists is: if you don’t introduce yourself already, please start doing it. Then look at the difference it makes to the people you are helping on a daily basis, because you are a vital part of their healthcare.”